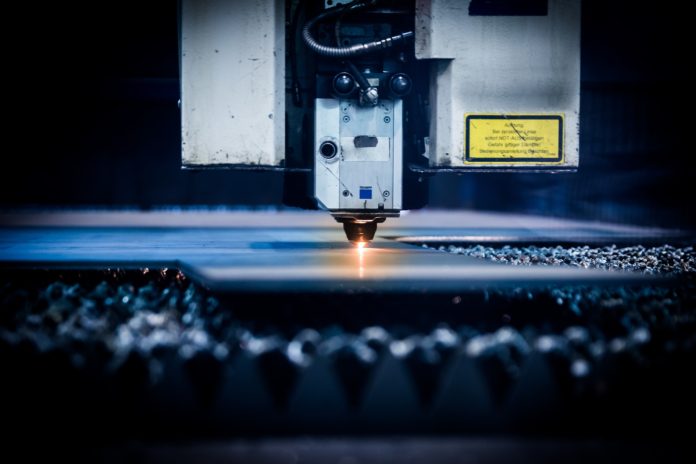 For many generations, the process by which all manner of signs and similar products were made remained comprehensively unchanged. In fact, the process of using tools to essentially carve, bash and batter letters, numbers, symbols, and whatnot into a variety of materials has been going on for centuries. So when considering things in perspective, it’s actually pretty accurate to say that as far as laser engraving technology goes, you’re actually looking at something that is still remarkably new. But despite the fact that laser engraving machines technically haven’t been with us for very long, the way the technology has evolved over the past couple of decades is extraordinary, to say the least.

It may have hit the market as something of a complex, expensive, and initially tricky approach to marking materials, but over recent years the whole subject has done a complete 180. For one thing, there are more brands and businesses up and running than ever before offering their own take on laser engraving services, not to mention the largest ever array of manufacturers selling the machines required to get the job done. And of course, the fact that the Internet has made it easier than ever for newcomers to go into business inevitably means that a pretty sizeable arsenal of smaller players has done exactly that.

The result – is the lowest-ever priced laser cutting machines and associated services, not to mention an exponential increase in quality standards and capabilities. But while things are undoubtedly heading in an even more appealing direction and while the world continues to move toward laser engraving as the new standard, what exactly are the advantages it brings over conventional marking and cutting?

Well, the simple answer to the question is everything – as in laser marking literally improves everything about the cutting and marking process. From operational costs to reliability to quality of results and so on, literally, everything across the board sees a marked improvement. Of course, it’s not until a brand or business actually makes the switch that the scope of the advantages becomes apparent, but it’s never long before it hits home just how revolutionary laser marking technology is.

One specific example of an advantage laser engraving brings to the table is that the way in which it utilizes an entirely non-contact marking process where no physical tools or attachments touch the material to be marked. This of course contrasts entirely with standard marking methods which require intensive and prolonged physical contact, which in turn can lead to inevitable damage to the material to be marked and an overall compromise of quality.

What’s also quite fantastic about laser engraving technology is the way in which the very best machine on the market today does not need to be supplied with any kind of consumables whatsoever in order to operate. Just so long as you have the machine up and running and the necessary power source, that’s pretty much all there is to it. No consumables mean no ongoing consumable-related costs, or the unfortunate eventuality of running out of required consumables and not being able to get the job done. It’s also worth noting that the process by which laser engraving machines mark materials completely eliminates the problem of toxic by-product production that can occur with a wide variety of another engraving, marking, and cutting technologies.

In terms of the overall quality of results, the simple fact of the matter is that there isn’t a physical tool or attachment on earth that can come close to replicating the pinpoint precision of an ultra-precise laser. As such, when it comes to pulling off the kinds of results that are not only extremely intricate but both 100% accurate and consistent across the board, laser marking technology is a cut above the rest…no pun intended.

Last but not least, it may appear as if investing in a state-of-the-art laser engraving device would represent something of a rather heavy and unnecessary business expense, but over the long term, it could prove to be a hugely cost-effective switch. Not only is the per-item cost of engraving and marking materials by way of laser exponentially cheaper than most conventional alternatives, but there are no consumable costs to factor into the equation, the cutting process is increased in speed/quality and the majority of the process can be fully computer automated.

So when taking into account the bigger picture for the long-term, laser marking technology could very well be seen as a switch the modern business cannot afford not to make.

Devise An Outsourcing Plan From The Start

How To Replace The Body Of Iphone

Business Austin K - November 14, 2022 0
Running your own business is difficult. you know what needs to be done, but it often feels like there aren't enough hours in the...

Tech Austin K - February 9, 2021 0
Many companies have one major difficulty when approaching SEO.They can’t understand how it can be so different from what they’ve done with their site...

Tech Austin K - February 8, 2021 0
Many people like to build general interest or information-based websites. Other businesses like to sell their products on the Internet. E-commerce Website is growing...

Megri.us was established by Megrisoft in 2000. At Megri, we seek to inspire our audience, share the latest information on any topic, and celebrate life.

© Copyright 2009-2022 Megri.us
We use cookies for a number of reasons, such as keeping blog megri.us a reliable and secure, personalising content and ads, providing social media features and to analyse how our Sites are used.
AcceptPrivacy policy
Manage consent

This website uses cookies to improve your experience while you navigate through the website. Out of these, the cookies that are categorized as necessary are stored on your browser as they are essential for the working of basic functionalities of the website. We also use third-party cookies that help us analyze and understand how you use this website. These cookies will be stored in your browser only with your consent. You also have the option to opt-out of these cookies. But opting out of some of these cookies may affect your browsing experience.
Necessary Always Enabled
Necessary cookies are absolutely essential for the website to function properly. This category only includes cookies that ensures basic functionalities and security features of the website. These cookies do not store any personal information.
Non-necessary
Any cookies that may not be particularly necessary for the website to function and is used specifically to collect user personal data via analytics, ads, other embedded contents are termed as non-necessary cookies. It is mandatory to procure user consent prior to running these cookies on your website.
SAVE & ACCEPT
MORE STORIES